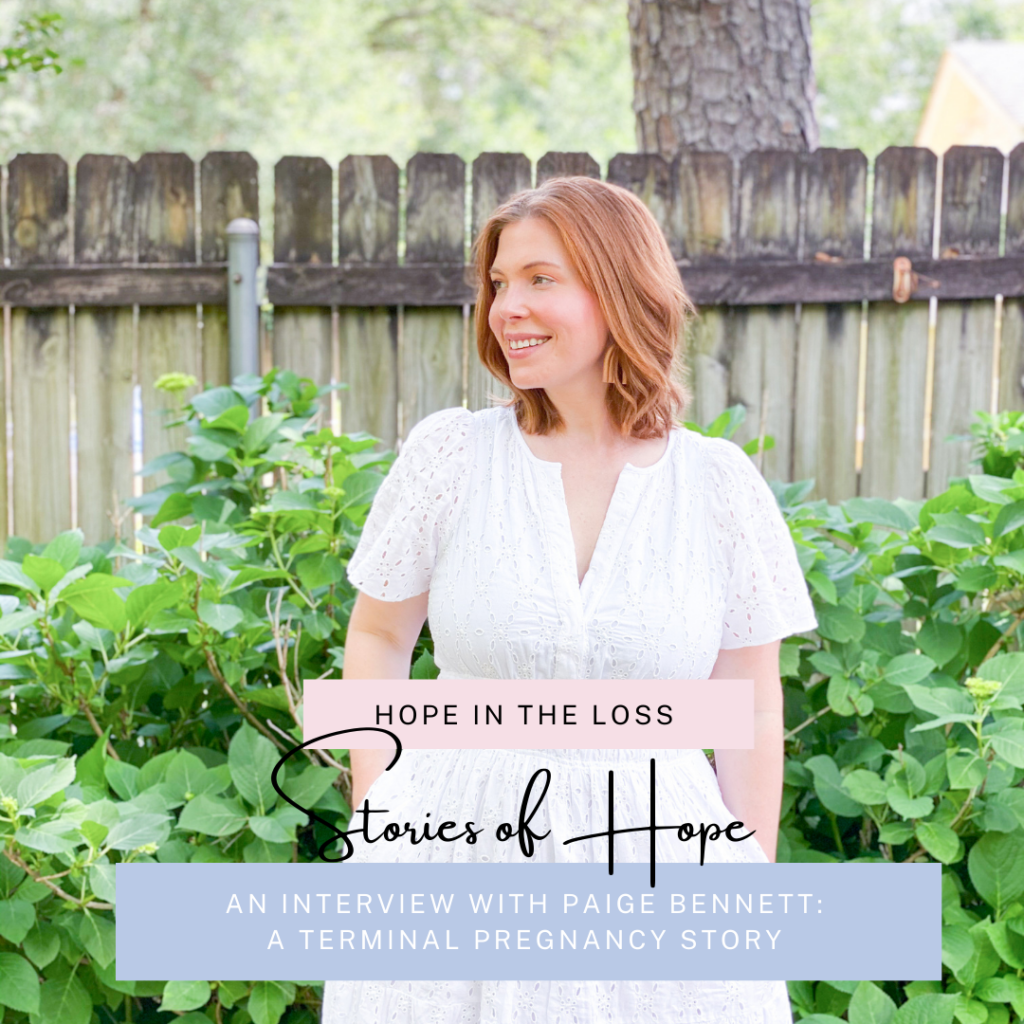 Paige is one of my oldest and closest friends. We grew up in the same hometown and became the best of friends in high school.  We've remained close despite living across the country from each other for many years.

I'll never forget the day she called me, completely broken, and told me the baby she was carrying and wanted so badly would most likely not survive. I so vividly remember the days and weeks and prayers that followed.

Paige's story didn't turn out the way we all initially hoped it would. Baby Hoff wasn't healed here on earth. All stories don't have the kind of miraculous ending that we like to imagine. Yet even in our lowest moments, there is Hope. Paige shares so beautifully here, "My war cry became Psalm 71:14 "I will always have hope." There are things that will happen in your life that can absolutely break you but in those moments, all is not lost. There is a hope that the worst thing isn't the last thing."

If you have found yourself in your lowest and most broken moment, I hope Paige's words help you feel less alone today. I'm so honored to share her story with you.

Will you tell us about yourself and your family?

I live in San Francisco with my husband, Thorben, my three year old Finnley and my "rainbow baby" Theodore. Thorben is from Germany and I am from the exciting town of Picayune, MS. Somehow we found each other in Austin, Texas and have lived in San Francisco for about 10 years. We both work in tech. Thorben is a Software Engineer and my background is in User Research. I tell people that my job is to manage the team that designs the app and Thorben's job is to manage the team that builds it so it actually works. 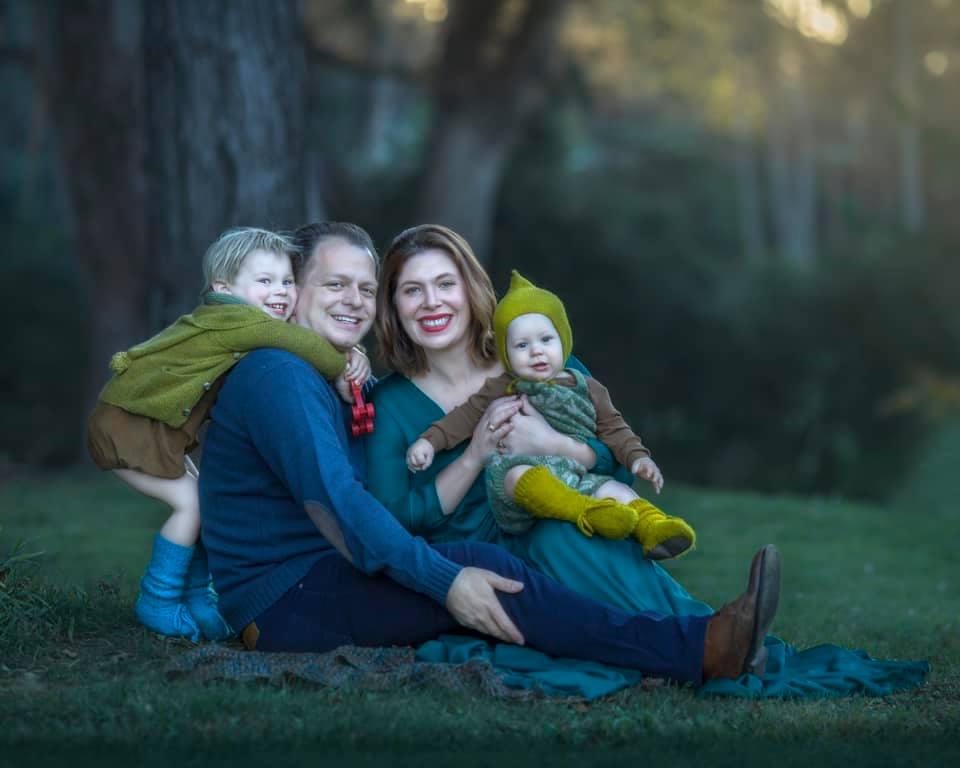 Will you share a bit about your pregnancy with Hoff?

Hoff was our second baby. We had a very uneventful and perfectly normal first trimester. At my 14 week nuchal translucency ultrasound, doctors found that Hoff had much more fluid than usual, which is often an indicator of a genetic abnormality. One amniocentesis later confirmed that Hoff had Trisomy 21 (Down Syndrome). He also was missing a ventricle in his heart. The doctors told us that they expected he would not live until full term and if by some miracle he did, they expected that he would only live for minutes.

What were the weeks like after you received Hoff's diagnosis?

I've likened a terminal pregnancy to carrying a death sentence. Much of the weeks following Hoff's diagnosis were filled with anticipatory grief. We could not really move forward because he had not passed away yet, and so we were in this terribly sad holding pattern. As a believer and person of faith, I wanted desperately for God to work a miracle, for Him to heal Hoff miraculously on earth. But with each doctor's appointment, it became more and more clear that Hoff was dying. From the outside, I'm sure I looked like a normal pregnant woman but inside I wanted so desperately to end any suffering Hoff might be going through. At night, I would pray for God to take him quickly and painlessly. On a Friday morning when I was around 20 weeks pregnant, we went into an ultrasound appointment and learned that Hoff's heart had stopped. God had answered my prayer, not in the way that I imagined and not in the way that I had truly wanted but He had ended Hoff's suffering.

What was your birth experience like? What are some memories that particularly stand out to you?

We went into the hospital on a Saturday night to be induced. Hoff was born at 3am on a quiet Sunday morning. I was nervous to see him but that fell away the moment the nurses handed him to me. He had ten perfect fingers and toes. For the next few hours, I held him close. Around 11am that morning, we decided it was time to say goodbye and handed him to our nurse. It was perhaps that specific moment that was the hardest. You are saying goodbye to your child that you will never see again this side of heaven. The next few days were filled with what I called "horrible logistics." We had to choose a funeral home, pick out an urn, all while I was experiencing the same postpartum recovery that one does after they've birthed a baby. That is perhaps the cruelest part of pregnancy loss, that your body hasn't gotten the memo that your baby died and thinks it's business as usual. The night my milk came in, I sobbed on the bathroom floor. How very unfair it felt to have this milk and no baby to give it to. 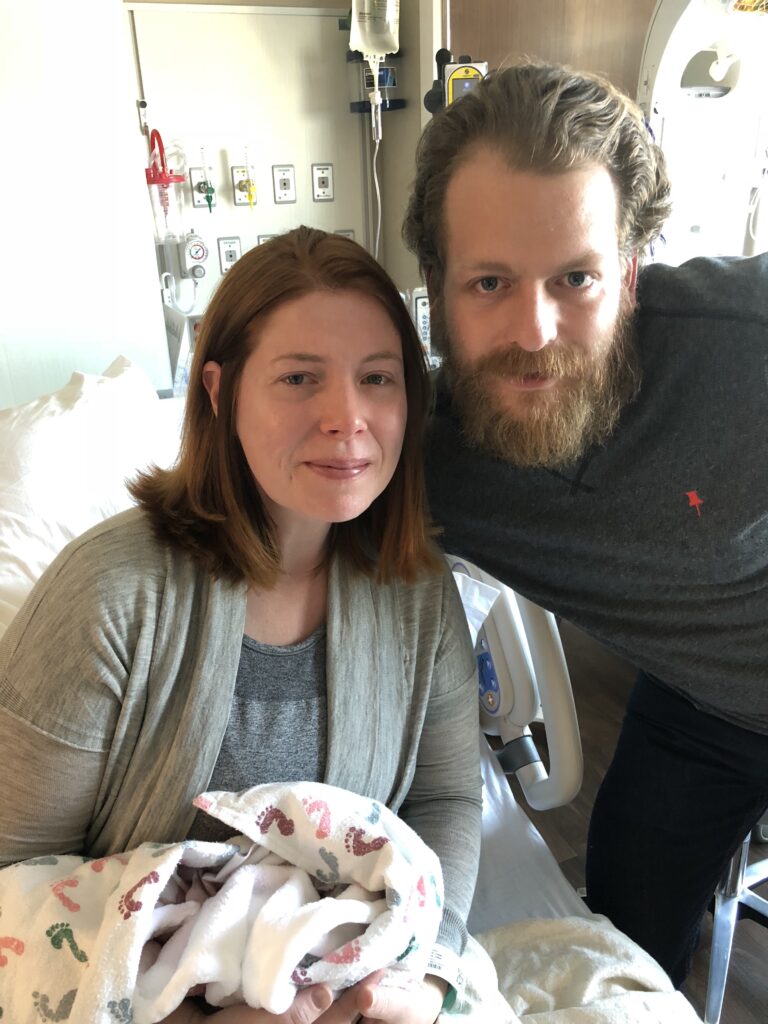 How has the loss of Hoff changed you? How has it changed your perspective on prayer and hope?

We decided to name him Hoff, which is German for hope. Because in that moment of deep sorrow, we knew that we still had hope. Our hope took a different form than what some people may imagine. We often think of the miracle that God does where the baby is healed here on earth. We see those Facebook posts -- the ones where the fluid has disappeared and the baby lives and people post "God is so good." But the God that worked that miracle is the same God that allowed Hoff to die. So how can I have hope? The hope comes in realizing that He still worked a miracle with Hoff, which is that one day I will get to see him healthy and whole in heaven. Death was not victorious in this. My worst thing wasn't my last thing.

How have friends and family supported you well? How can we support a friend going through a similar situation?

In the immediate wake of Hoff's death, our sweet friends in San Francisco saw to our physical needs. They helped watch Finnley, brought us food and put together a postpartum supply basket for me. What has been most supportive are the messages that I receive around Hoff's birthday and the anniversary of his death. I think we imagine that we might upset someone if we mention their baby and so out of fear of hurting them, we instead say nothing. Don't do this, friends! Ask how they're doing. I guarantee you that you are not going to remind them of something they weren't already thinking about. That mama thinks about her baby everyday. You mentioning her baby is not going to make her feel more upset. Instead, you are reminding her that you remember her child. None of us want our children to be forgotten. They lived! They are worthy of remembering and when friends ask how I'm doing and bring up Hoff's name, they are showing me that his little life was worth something. 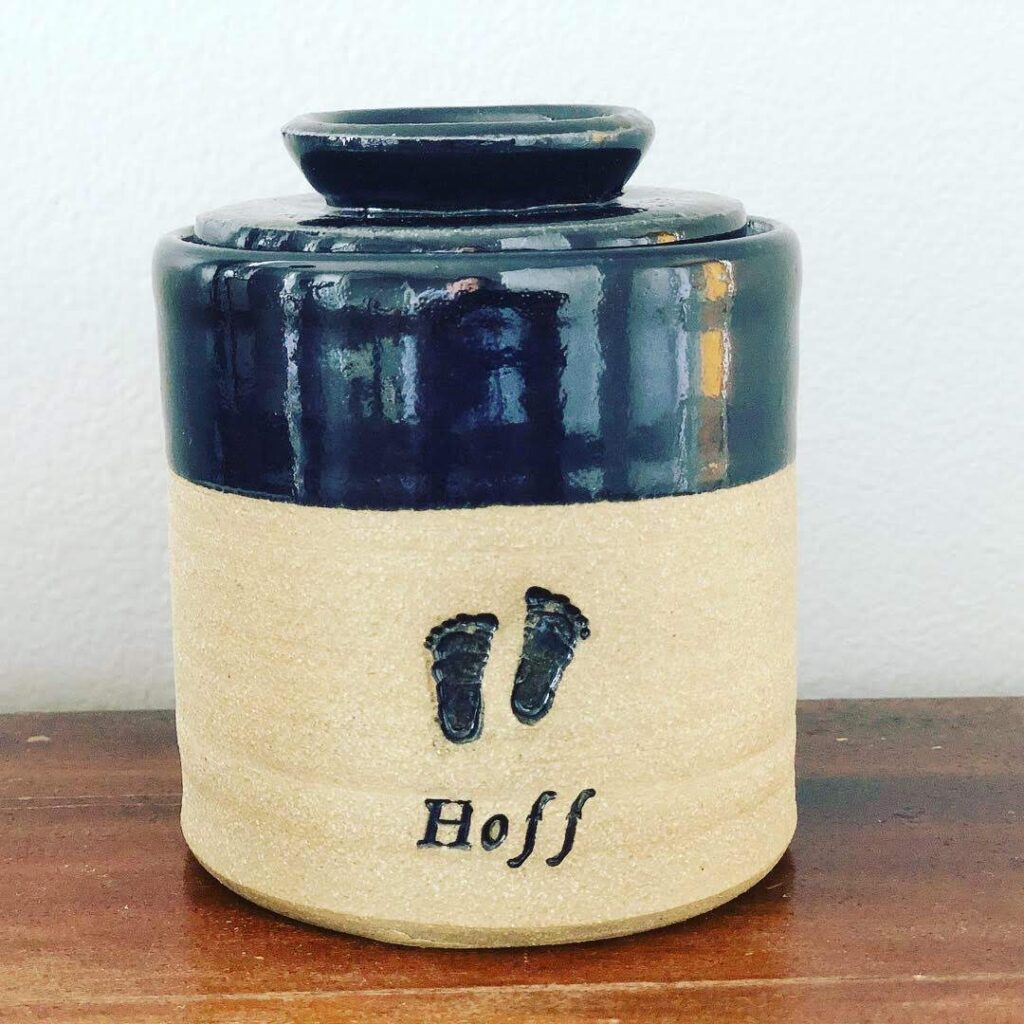 How would you encourage another woman going through a pregnancy with a terminal diagnosis?

There are some excellent resources out there for women who are carrying a baby that they know will likely not live. https://carryingtoterm.org/ is a website that I connected with during my time carrying Hoff. There is also the website https://endingawantedpregnancy.com/  Every woman who is carrying a terminal pregnancy will be asked by their doctor whether or not they want to continue with the pregnancy. These resources can provide a balanced perspective as you're navigating these incredibly difficult waters.

Where do you find hope?

My war cry became Psalm 71:14 "I will always have hope." There are things that will happen in your life that can absolutely break you but in those moments, all is not lost. There is a hope that the worst thing isn't the last thing. 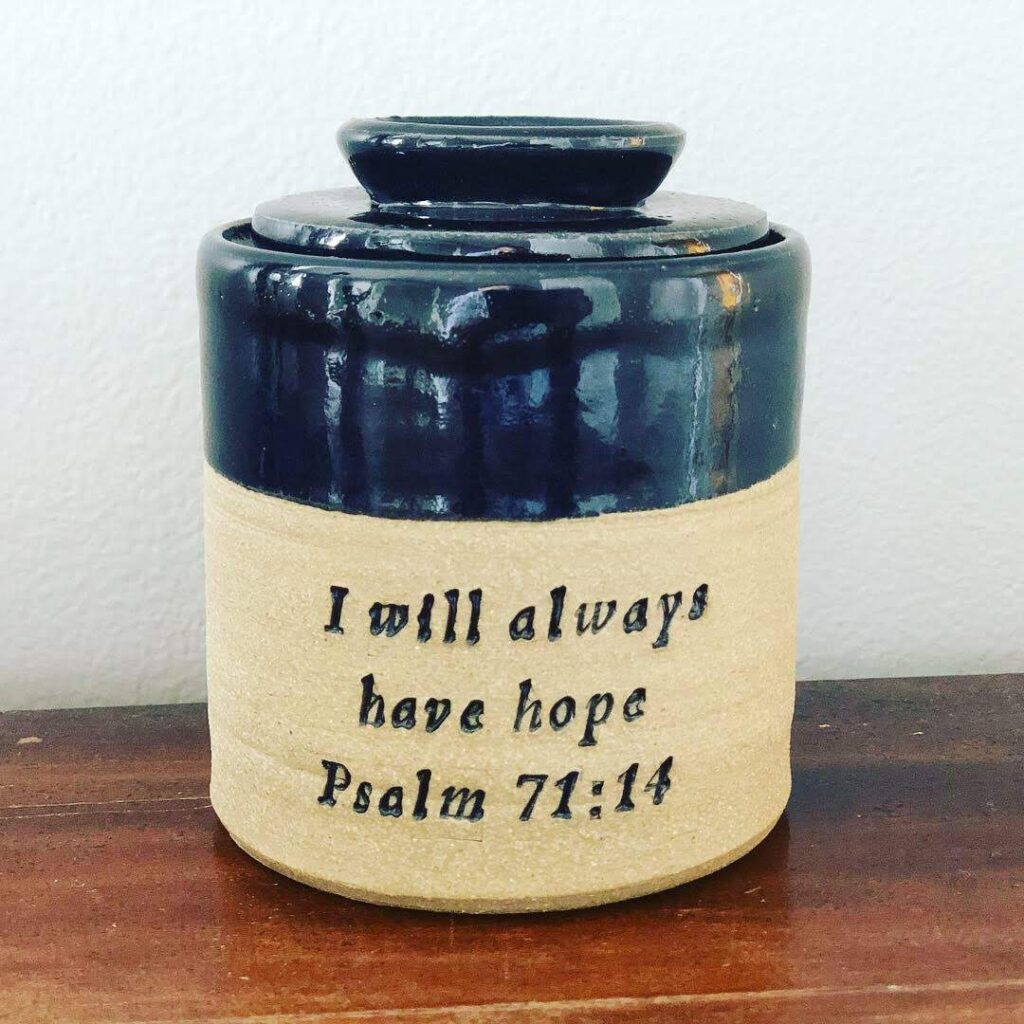 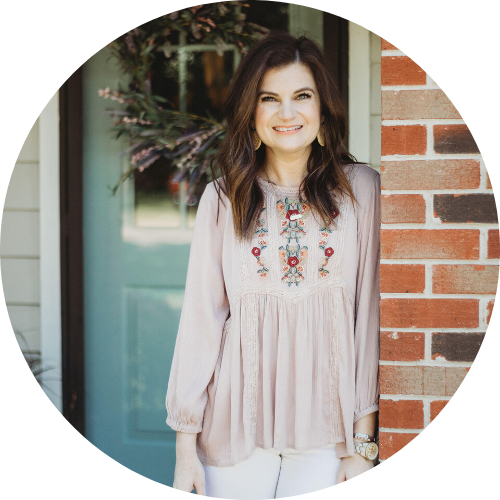 Believer, wife, mama, and Licensed Professional Counselor. Book lover, part time pretend gardener, and full time expert in little girl drama. Sharing lessons I’ve learned as a counselor and the things I love the most. I’m so glad you’re here and I hope you’ll be back soon!

All the cheese, a side of pizza, and friendship br

A beautiful picnic on the beach beside the sweet a

It required a map, fast walking, and a spirit of

Was the purchase of sweatshirts that say CAPE COD

Please send for my things, I think I’ll stay awh

Nantucket, you are made of absolute magic. Your pe